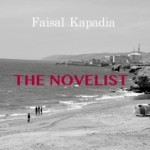 â€œJalal I do not like her at all this whole place its weird, you are acting weird and she is wellâ€

â€œJalal what is the problem with you, why donâ€™t you ever take me bloody seriously you donâ€™t seem to think anything is weird here at all?â€

It took just a second but the change was apparent, his eyes turned hard and he literally sprang from where he was sitting and grasped her by her hair in a fist tilting her head back as he slammed her against the wall behind her.

He kissed the length of her neck his breath hot on the column of flesh and pressed his nose at the base of it biting her there, his hands taking hers in their own, fingers interlaced he pushed them to the wall and kissed her neck again then her shoulder and finally moving up toÂ  he took her mouth his tongue flicking with hers with a power she had never knew him to wield. It didnâ€™t take long for her to melt as he reached for her skirt and pulled it up leaving her open to the cool draft circulating from under the door from the storm outside.

â€œ Oh godâ€ she moaned as she felt him attack her like a predator and then she was facing the wall as he turned her around her eyes taking in the wood grains as he felt him push the obstructions of intimate wear aside and she heard the sound of his zipper and then the hot heat slamming itself in her. Her eyes rolled up from the suddenness of it all and yet her body responded as he took her from behind, again and again his thrusts as savage as the sea churning outside and she felt herself claw the wall scratching it as she felt herself slam back against him after just a few strokes giving herself up like there was no tomorrow.

She opened her eyes as she gathered herself gingerly from the floor the heat of their joining still burning bright behind her eyelids as she pulled herself up and straightened her clothes turning to find him sitting on the bed. His transformation back into the man she knew was even more startling then the earlier change and she walked gingerly on legs that felt like jelly to sit down besides him, her body shuddering still in pleasure as he felt his hand on her back caressing her.

â€œI am sorry, I donâ€™t know what happened to me but I just, zari I was out there and I felt that I wanted you to be there and then you looked so fragile and I just wanted to be in youâ€

â€œNo its not zari look maybe I have held things inside me for too long, maybe this is who I am and this place has brought it out of me but whatever it is we can both deal with it togetherâ€

She reached out to the scruff of his shirt and pulled him down on the bed nestling against him just wanting to be held by the man she loved. She exhaled as she felt his arms around her and luxuriated in his warmth as he pulled her to him, the night closing around them as they wrapped into their cocoon of sleep to the sound of cliffs of water crashing on the shore outside.

She woke up to find his side of the bed still warm from him her eyes adjusting to the light as she slowly tried to open them the sound of the sea a muffled one now, almost like the sound of a retreating army she thought. She rose and opened the drapes to be startled by the expanse of beautiful blue waterÂ  before her and peered out to see the porch as empty as the bed she had slept in last night. Rubbing her hair she half walked half stumbled into the bathroom and flung off her clothes to stand underneath the simple shower. The water perhaps heated by the sun beating down on the overhead tank was warm and slightly metallic in taste as it tumbled down over her head and body, she ran her fingers through her damp hair throwing her face up to the stream as it washed her feeling a bit more in control of the moment she showered and almost felt normal as she wrapped her self in one of the thick white towels hanging on the door noting the other damp one on the hook meaning her husband had bathed before he left. Wrapping his used one around her hair she gathered up the clothes she had shed and dropped them into the small basket by the bathroom door as she went to the simple dresser and opened a drawer looking into it with curiosity exploring this space which was at least for now home. The drawers were empty and threadbare like they had never been filled and sheÂ  turned to her cupboard drawing out a simple white cotton shirt and a summery skirt, her mood feeling a little buoyant at the newfound intensity of her husband and the prospect even though worrying at the backÂ  of her head but still exciting of a new life before the sea.

She eased herself down the steps to the kitchen area and found Darika turning around with a brilliant smile on her wizened face and a kettle of steaming coffee in her hand.

â€œJalal? Oh he has gone into town, he said he had some things to do before you woke up and so off he went, didnâ€™t even have breakfast but you will eh? Sit sit!!â€

Zarmina ushered herself to one of the three small wooden round backed chairs on a table that looked like something from the goldilocks fable red and white checkered coverlet and all. She let the old lady settle a cup in front of her and pour her coffee cradling the cup with both hands as she drank the hot caffeine down feeling it slides down her throat and warm her insides up enough to awaken the dulled senses.

â€œ Look im sorry if last night I came across a bit, we had been arguing a little before getting here andâ€

The old lady cackled in mirth as she sat down opposite her with a cup in hand and put a plate of pancakes in front of her hot and with a small cup of honey next to them a fork and knife on the plate.

â€œ Donâ€™t be sorry at all donâ€™t ever be sorry in life woman, plus the storm was loud enough for this old soul not to hear arguments being settledâ€

Zarmina blushed the color rising from her neck to her cheeks till they burnt hot knowing what this hag was referring to.

â€œ Oh child come now I too have been married and in love eh?â€ Darika pushed the pancakes closer to her noting her nostrils as they flared at the scent of goodness and honey even as her cheeks burnt red

â€œEat please, the breakfast is the most important meal in these partsâ€

Zarmina set the cup down and side and seized the plate in front of her the knife and fork moving effortlessly as she cut off a wide slice dipped it in honey and forked it into her mouth her eyes closing instantly at the taste of warm fluffy goodness and honey, the mind accepting this bounty and thinking even for a second that this was turning out better than she had expected already. She continued to eat not bothering with the coos and cackles of Darika as she drank her tea and fussed over her like a mother hen. 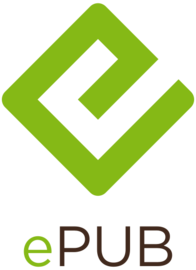 Wikipedia: EPUB is a free and open e-book standard by the International Digital Publishing Forum. â†’