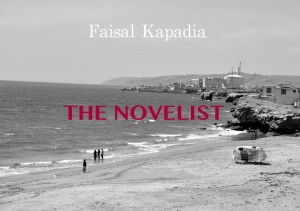 Darika shuffled from the main door of her house to the porch end, her hands wrinkled with time resting upon the wood of the railing as she looked at the sky darkening and the sea tides rising like coiled serpents biting at the shoreline. She spoke in a whisper to the waves as if she was addressing a naughty child.

“you remember what your father said to you now keshini its going to be cold out there tonight, best you take a shawl hmmm”

She laughed a knowing chuckle as if she could hear her daughter give her a smart assed reply and reached behind the wooden post holding the porch awning up to switch on a light. It pleased her that she would soon have some company, it’s a bit difficult to be alone she thought with the waves pounding on your nerves all the time.  She had not switched this light on since her family disappeared at sea but somehow she felt like doing it now. She had never believed in Keshinis death anyways as they never found her body but Bimal had been attested to and still somehow she felt he was close now. She could almost hear him laugh at his own jokes as they sat together in their room at one of the cities fine hotels, raindrops pelting on the windows. He had always loved storms.

She suddenly felt movement to the left of her peripheral vision and drew the small stout stick she kept leaning against the porch railing to her. Realizing whom it was she let her hand relax around the stick and push it back into place as she moved to greet her new house guests.

“ Didn’t take you long at all eh, cant say I blame you the cities are awful”

Zarmina looked at the small figure standing at the porch as she walked by her husbands side to the front porch of the house from behind it, noticing the porch light being turned on as her husband had said, wondering when the hag had mentioned this to them.

“Heeloooooo look whose here” Jalal half yelled as they dragged their suitcases up to the house porch.

“Its about to get very stormy”

Once inside Zarmina started unpacking as they had pulled their suitcases up to the large airy room upstairs with windows overlooking the waves. She hung up their clothes and kept the toiletries on the simple dresser mirror in the room. The first thing she had done was draw the drapes across the windows when they walked in though, as the sea tossing and turning in the wind made her stomach churn. Jalal was testing the bed.

“man this mattress aint bad at all” chuckled Jalal as he punched it to test its firmness.

“Easy he man this is a wood house, remember? She can probably hear everything”

“Where you going?” She looked at him curiously

“Just down to check out the beach man,, you finish here and join me, I love storms”

As he moved out of the room and down the stairs zarminas ears strained to hear anything else, the old lady made her feel uncomfortable and she still couldn’t put her finger on quite what is was about her. Upon hearing nothing she pulled at the drapes just a bit and took a glance down ignoring the huge black yawning mass before her as she saw the porch and blinked, watching Jalal walk out and sit down next to darika on the bench there.

She watched them silently as they spoke, saw her husband nodding his head in agreement to something and then he got up and walked to the beach his hands held to the sides palms up, as if calling to the storm. He always did foolish things like that, things that would make her scared of maybe lightning striking him or perhaps him just catching a cold. She knew inside it had more to do with the fear of losing him then anything else. He meant everything to her and she knew most of her pragmatic existence before him came from growing up in an orphanage just knowing that she had been left at its doorstep and since then had to be as practical as possible to settle into her life, settle with the circumstances, that’s what she did she settled. Jalal never settled he lived, and he lived life to the fullest in every drop of the storm now cascading down and hitting him in his impulsive ways, in his roaring laughter he just lived.

“Jalal its cold please come in you are gonna get sick”

She turned around to the direction of this sound of admonishment

Darika chuckled and patted her on the cheek, Zarmina thought she had made it to her side a little too quickly for her age

“You are a mannered one aren’t you, but he is like the wind. Have you ever seen anything check the wind”

“Doesn’t mean what”? Muttered Darika her eyes looking into those of the younger woman growing hard by the second

“It doesn’t mean that I am going to tolerate any interference in my life” burst out zarmina staring into the old hags expression. She stomped off to the edge of the porch and called out once again to her husband.

He ran back to her soaked to the skin as he grabbed the towel from her hand and shook his hair like a dog throwing droplets of water everywhere.

“Lets go back in, we need to talk please” Zariminas voice was colder than the rain

coming down on the beach in front of them

“Sure man” Jalal smiled at the old ladyy now sitting weaving something as he followed his wife into their new residence and up the stairs.