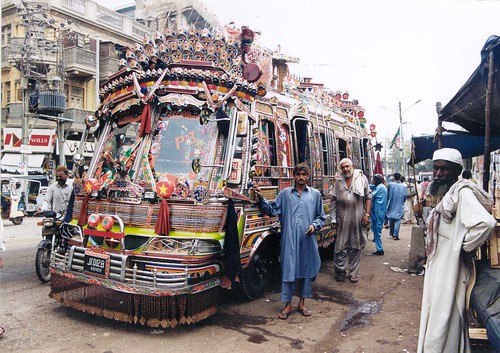 We have heard about schools for girls being shut down and even shopping being banned for women in the troubled North of Pakistan by the head “creepy crawlies” the Taliban.

However they have surpassed all heights now by banning all music and videos shown in public buses in their held territories.

Yes sir transport owners and workers in Mardan district of Pakistan recieved threatening letters today calling for the banning of all vulgarity and obscenity in modes of public transport. The militants have further said that they will check buses at random and suicide attacks would be carried out against those who do not follow their commands.

So if you are watching a pashtu queen flatten fields while jumping around in a bus somewhere in Northern Pakistan, chances are you might go kaboom soon.