Mansur is a boy of smallish frame with intelligent eyes, he really values them because he has three sisters who are blind and knows he has to study and become something to support them. He is a very good sketcher and comes every week with something drawn in his journal. Osama is a hym singer who loves to do shairi and is very very interested in cricket, he also chews chalia and as he says with a twinkle in his eyes other things as well if he can get his hands on them. Yaqub is a prefect, mild of manner and not interested in sports he much prefers to either draw letters in three dimensions or tell the rest of the kids in the group how to behave. Ali on the other hand is very very expressive in his speech and listens keenly to everything I say, he is also a football enthusiast and thinks Ronaldo is the most successful person in the world. These are four of my kids or my mentees as we call them in the Rahbar program and I am their guide.

What do I guide them in? Well the week we started with introducing each other and then we played small ice breaking games. We asked the kids to draw the person to their left and were treated to some pretty amazing art 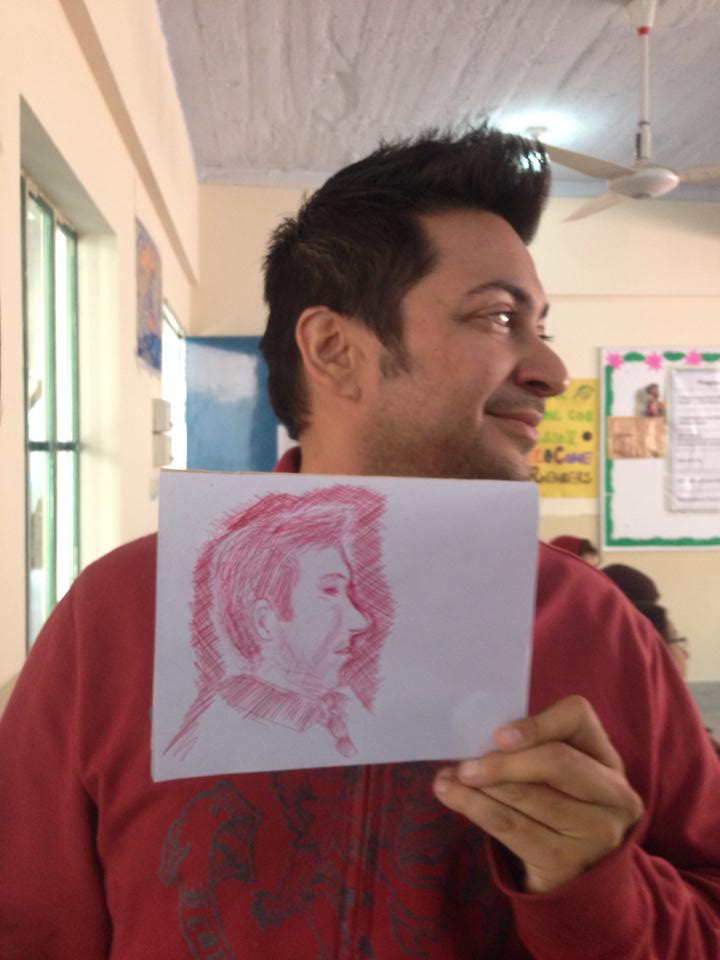 After this exercise we got down to them asking about us and vice versa. Its something amazing to see barriers broken when interacting to someone from another walk of life and many were broken that first day. The first being access to the internet, all the kids have facebook accounts know what online is and had less trouble understanding what social media is then most people I speak to in my daily life. Infact one of them has a sister studying in media sciences and knew all about digital strategy even. So much for us teaching these kids stuff we think they dont have a clue about!

The most interesting thing however for me was the way they responded to affection ten times more than they did to authority. My kids at home are I suppose so used to affection which their lifestyle brings that they respond more to an authoritative figure. Here it was the opposite happening and made things very easy to talk about since our platform is one based on pure friendship rather than teacher student roles. They were also very very keen to show us around the school share their food with us at break time and later opened up to tell us some stuff that is quite personal and cannot be repeated here. In the complete sense of the word we were able to form a bond with them which was the whole purpose of this session.

I do feel however the responsibility of this bond now. I was once told this Rahbar program is not for the faint of heart and I now truly believe it, it is not easy to think of oneself as an example for six impressionable minds and makes one straighten up a bit more and reflect as well on some things that could have been handled better. As you can make out, I am learning as well!

Next week is going to be much more detailed as we delve into “soch se taqdeer” which is the cornerstone of the rahbar program and other activities like discussing good and bad habits including a community visit! Keep watching this space 🙂