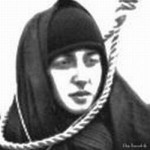 A 15 year old life was extinguished in the azad jammu and kashmir area of Pakistan last week. Anvu sha was not attending some wedding where a drone strike ended her life or was not the victim of some dastardly attack by the Taliban, no she was killed by being doused with acid by her own parents. Unthinkable to say the least but over the years acts like this have become common in Pakistan. We have even invented a special term for these acts. I suppose another convenient label for the world to view us under, we call them honor killings.

Honor killings can take on several different guises. Sometimes they occur when a local village panchiat deem a person’s crime so heinous that their family must suffer for it. Sometimes it is done in the name of safeguarding a tribes or  a clan’s honor but almost always the victim of these killings are the women as they have been deemed in some strange and horrendous way as tradable with impunity and the sacrifice that must be paid to settle debts or scores.

If honor was a living breathing thing in Pakistan, it might have committed suicide by now at having to carry the guilt of  at least six deaths in the last two and a half months alone. Add to this the fact that these incidents are not only limited to remote areas anymore but are taking place in the capital’s suburbs and you have a alarming statistic on the rise.

Hilariously enough our concept of “honor” which has been referred to many times in the recent past, whether it has to do with our hero’s of cricket being found tainted or our daughters found talking to men from out of the family is always injured when things come out in the open. As long as the activities which we regard as “dishonorable” are going on in the coverage offered by closed doors we are more than happy as a nation to look collectively in the other direction. It has somehow escaped us as a society as to why cellular carriers in Pakistan are offering midnight to 7 am almost free call zones and minting money while at it. Or the reason why the hottest sitcoms in our broadcast media are the more liberal foreign ones being dubbed in our national language rather than the locally produced ones. Or why lines at permit shops selling alcohol to only “foreigners” are a block long on weekend nights. We have basically deemed our psychotic reactions to not come to the fore until someone else finds out about what has been going on for years to our knowledge.

The result of which is that there are more than one Pakistan when we speak of this nation as a living breathing collective society. There is the one being portrayed in the news bulletins all over the world as the holy grail of beards and bombs and there is another one which is  celebrating halloween with all the gusto one would see in perhaps the west and dancing their nights away like nothings wrong. Then there is a third one, the masses, the people who really make up this nation quietly simmering away because they lack even the most basic facilities a civic administration or government should afford them. These are the most hypocritical of the three Pakistan’s as they are perpetually consumed by a vicious cycle of hate and blame. They blame the west for the floods because of some strange tech they read about in the local rag called HAARP. They blame their own financial conditions on the deep pockets and never ending greed of our leaders and they blame their lack of success in life on anything they can get their hands on, which is usually a transgression which they have been noticing under their noses for a while now but will not allow the society to view as part of them. So they react violently to it. Sometimes with a threat of cutting off from the meal chain and sometimes in an even more severe and cruel manner. Hence its not the fear of the daughters alliance with a paramour not of their choosing that is more damning but what their neighbors will say about them as parents and muslims if the truth were to come out which is the real bane of their neurosis. Appearances even if corroded by the acid of behavior blinded by insecurities have to be thus kept up.

So what’s the solution? Should we get our teeming masses some therapy? Possible but expensive. Should we spread awareness through mass media? That too wouldn’t really give as much ratings or TRP’s as a good old murder so whats the point? Education seems to be the way to go and it has to be imparted as soon as possible to as wide a section of our masses as possible. Which means we cannot wait around for Imran khan or some other would be messiah to come forth and save the day, no it has to be us and it has to be now. We could begin by neighborhood schools and grass roots community efforts, we could as affluent members of this nation pay more taxes and demand more schools for the poor or we could just turn the page on the same old headlines which crop up mysteriously in the papers almost daily now. The choice and our future depending on it is in our hands