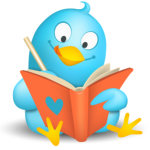 In recent times after the leak of behind the scenes footage of a special on dunya tv and the creation of a  fake list of 19 journalists who had allegedly taken some form of bribe from Malik riaz,  a vast chasm of insecurity seems to have opened up in peoples minds about social media in Pakistan.

Not a day goes by now when some barb is not thrown at social media here on our broadcast mediums. We have been called a gutter, invisible and non ethical as well as a form of media which has no credentials and no integrity.

Let me first point out that both the behind the screens footage and the list was created by mainstream media and not the social media of this country. Various proofs have been given to this effect in several blogs and I do not want to dwell on them, but the fact remains that because you have an accident you dont stop driving  Hence being the super hyper distribution medium that social media in pakistan is becoming these days with 6 million on face book 3 million on twitter and so on it is pretty silly to blame the medium for good or bad content. That is just like any of us, the viewing public of the broadcast media were to tell them, we dont like so and so show because it goes against what we think so the whole medium is of no use.

Secondly let me now come to the various arguments made against social media and its effective use in this nation one by one.

1) They are not journalists or reporters and thus have no clue of what is going on other than what they glean from our coverage.

In today’s day and age if reporters still think that their press card entitles them to have some kind of monopoly over opinion and how it should be projected then I am afraid they are already left behind. These days a kid with a twitter enabled mobile phone standing across the street can report on who goes in and comes out of your house for instance. They dont need “training or permission” for that. As for bloggers not having first hand information about what goes in this world, wikileaks has proved that they can break channels and cables which the mainstream media cannot even dream off,  so much for that claim.

2) There is too much anonymity is social media and thus anyone can say anything.

First of all who has made our mainstream media tekhaydars of our opinion and why should we listen to them as to what is right or wrong? What and how much actual analytical skill do they posses that they can tell for instance a person like me that x is corrupt and y is..well y we cannot really talk about? The anonymity in social media is for a reason, it is because we can actually reveal things without the burden that putting a face on the screen results in in this country.  Also if they speak of responsibility then they should try to create a few fake accounts and say what they want, no one will listen to them. Social media like any other form of media operates on the principle of credibility. Those who are credible in this media and have a following have a voice which resonates and those who are not do not have a voice. Plus when one talks about responsibility they should first look at what goes on in their own shows as Talat who I consider the voice of reason among “political talk shows” points out below…

Let me also remind the esteemed “reporters” in mainstream media that not many of them “reported” on the incident at AAJ tv in their talk shows for one reason or another..wither responsibility?

3) Social media will never take off in this country and at best can run in parallel with our print media.

WRONG! Social media ala blogs and twitter has already left our print media far far behind in circulation. Its not some bolt from heaven that has inspired all the media houses to open up their own blogs its a doctrine of necessity. When mainstream media journos are themselves on twitter all day long how can they even claim that social media is some alien different system. The truth is that social media has actually absorbed mainstream media in pakistan in its midst and is now “indispensable”  As when you use any social media tool you become part of this giant mesh, in effect those making fun of social media are actually social media users..pretty ironical if you ask me.

The fact is that the only thing standing between social media and a digital explosion which would bring the roof down on our bumbling media houses is the “language barrier” We need effective translation tools in place for the masses to be able to “Access” this media..once that happens..there will be no mainstream media or social media..it will all just become “media”

P.S – I also condemn most vehemently the vicious comments made on social media against Nusrat Javed. There is no cause or reason that can justify what was said regarding the attack on aajtv on the sm medium by some people.