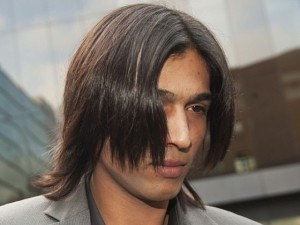 Mohammad Amir the fast bowling sensation from Pakistan who didn’t exactly live up to the hopes his nation had pinned on him, due to his role in the spot fixing debacle in England said ” he was tricked into spot fixing” This was Amirs  first interview after returning from serving a six month jail term in England for conspiracy to accept corrupt payments and conspiracy to cheat at gambling.

He went on further to say that he was tricked by his captain and mazhar majeed, who told him he had been taped by the ICC in his two return calls to someone named Ali. So Mazhar and Butt sat him down in a car and Mazhar asked him to do him a favor and bowl two no balls the next day at precise times, and Amir did it.

Correct me If i am wrong but is this even believable? They told him he had been taped and possibly would be accused of cheating, so their solution was for him to spot fix and he went with that? Doubtless he is from a lower middle class background, doubtless he was under pressure but instead of going to his coach, or another senior or team management Amir chose to cheat and did so willingly and we are supposed to believe he was duped? Err how? Why do we always shift blame and then expect everything to be A ok! Oh no we don’t have an inadequate police force, the crimes cuz its the blooming spicy chutney we eat syndrome!

I’m sorry but I do not buy the whole senior mentor pressure thing so easily either. First of all Amir was on top of the game and knew it, possibly even thought he was untouchable. He was certainly no babe in the woods who didn’t know if money was involved in this transaction! He also admits that he was later visited by mazhar and given GBP 15,500. What on earth did he think that money was for? Reward for being an obedient cog in the wheel that butt turned? Come on!!

This is a player who made a mistake yes, a player who was at the start of his career yes, but NOT a player who had no clue of what was going on. We as a nation pile a lot of trash on Asif, making him out to be some kind of evil kingpin but the fact remains that Amir bowled “two no balls” while Asif bowled “one” so who is the bigger culprit?

I am not even going to go into the hurt he caused our nation, how we the fans of Pakistan cricket hung their head in shame for months or vowed never to watch cricket again. I am not even going to highlight the fact that so many youngsters who were inspired by Amir must have had their dreams shattered.

I am however going to emphasize that people like Amir should not be forgiven. Yes you may say that many in Pakistan cheat daily, earn money through crooked means so why crucify Amir. Well as far as I am concerned they should all be crucified. A crook is a crook whether he stole five rupees or five million, the principal is the same and he should be dealt with in the same manner as well. In fact Amir has already gotten a lenient punishment due to his age and other factors, and we didn’t exactly punish him according to our own law so what does he want now?

I am not saying Amir should be banned from cricket forever but at least he should not be let off on the what’s done is done excuse. He cheated, plain and simple and a sportsman who does that loses to me the right to wear his team’s colors again. If it is harsh let it serve as a lesson for all those playing and coming up in Pakistan cricket.

Let is be known that if Pakistan cricket fans can turn zeros into hero’s in the space of one match, they also have the ability to recognize a zero and a big fat stinking one at that! Amir you chose to bowl those balls and now you have to live with it, this fan will not let you off!!